Among the challenges in science education are creating quality inquiry-based teaching methods as well as promoting students' argumentation skills. Both these topics might be seen as parts of what goes as "the nature of science". In this last post of three, I argue that statements about food and cooking might be an excellent starting point for learning argumentation as well as inquiry, as well as content knowledge, while dealing with real-life problems with meaningful purposes.

In part 1, I suggest that there might be a good idea to collect statements about food and cooking (culinary precisions) in an open database, whereas part 2 argues for the use of argumentation patterns in the analysis of such statements. For explanation of the term "culinary precisions", see part 1. 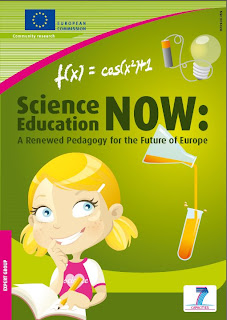 There is abundant literature, as well as political signals, that point to the need for development of fresh approaches to science education, not the least because of an alarmingly low interest in science and mathematics. Furthermore, the last years have seen a need to shift towards a science education in which "the nature of science" is taught as well as content knowledge; students at all levels should gain experience with scientific inquiry, argumentation etc. There are of course numerous ways this challenge might be taken on.

One problem when it comes to inquiry and argumentation is to find experiments, topics and investigations which are open-ended real-life problems. It's not very exciting to do "inquiry" if you know that the teacher has got the answer in his/her drawer. But what if the thing you were analysing, discussing and experimenting was a real problem? And even more, that others, such as a scientist or the general public, would be interested in the result you came up with? Such scenarios do exist (such as sustain.no, which in fact is a database), but I feel pretty confident that there is need for a range of such approaches, covering various topics.

Two concrete examples
Typical topics for dealing with argumentation in school are socio-scientific dilemmas and ethical questions with focus on political decision-making (wildlife conservation, energy issues such as setting up nuclear power plants, human genetics in society etc.). An alternative, and very different, approach to argumentation might be to evaluate statements such as
Such statements, or culinary precisions, offer an approach to learning about argumentation with a somewhat different "atmosphere" or "flavour" to it compared to socio-scientific issues. Also, it might afford a slightly different approach to argumentation as phenomenon, namely that one needs to study what elements an argument might/should contain, rather than making one's own arguments. In the previous post, I showed how such precisions might be fitted into an argumentation diagram.

Low threshold, easy to approach, real-life
An approach to teaching science using culinary precisions bears a great potential, but needs to be investigated and developed. Here, I'll limit myself to give a few good reasons for this "great potential". There are probably even more such reasons out there:
Relevance at various levels
Such an approach to inquiry might be useful at almost every level of education. In fact, it might pose a wonderful opportunity for synergies between the various levels:
As seen, school childrens’ explorations of culinary precisions might pose starting points for scientific investigations, or for some precisions school kitchens might even be sufficient. Furthermore, the collection of culinary precisions is a great deal of work. Having different groups that collect would increase the capacity. Finally, attendants at all levels really make a difference to the project; even school children can contribute in a constructive manner, at least at a certain level. Hence, it might be seen as a highly "democratic" approach to collecting and generating knowledge. 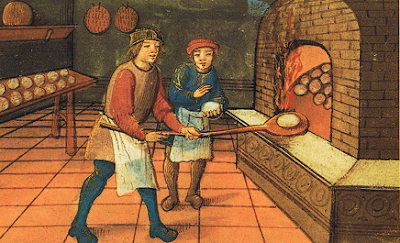 Tradition vs. science
At the present, students here in Volda carry out documentation projects every year on cultural and historical aspects of food, mostly traditional food, through the course Food, culture and preservation. All the students write a paper which is assessed, and we are on our way in collecting these in a systematic manner. Many of these papers are packed with culinary precisions handed down through generations. Note that this also requires understanding of different types of knowledge. One cannot take for granted that science attempting to analyse tradition is a straightforward task. This might complicate matters, but might also allow for teaching "nature of history", "nature of tradition" or even history of science. As mentioned in part 1, analysis of culinary precisions must take care not to become a "scientific crusade against tradition". In fact, a critical analysis might very well prove to strengthen, rather than downgrade, tradition (am I becoming a bit soft, ...maybe?).

Added 1. July 09: I forgot to credit Marianne Ødegaard for her tip on the connection to Mythbusters. A great parallel, but in light of the above comments I think the term should be used with caution. As to yet, I haven't made up my mind whether the wow-effect of such a name will outweigh the possible problems that it might generate (traditions ≠ myths after all).

Conclusion
There are many examples (six examples in six different countries) that food and cooking can function as a framework for science education. One challenge in using food as approach for teaching science in primary- and secondary education is finding simple enough model systems so that the chemistry, physics, biology is possible for the students to grasp. Testing culinary precisions might, at least occasionally, circumvent this problem since such statements are often cause-effect statements. One example is the cocoa statement above, which is rather easy to test and doesn't require knowledge of surface phenomena at the microscopic level (unless this is a teaching goal). Furthermore, these activities might facilitate different aspects of argumentation compared to the approaches to argumentation I have seen thus far (i.e. discussion of socio-scientific issues in school).

Thus far, I haven't seen culinary precisions used in a systematic manner for educational purposes any other place (I'd expect that there is some in France, but haven't found any concrete evidence in the shape of web-based resources). If it is really the case, I think these might be an excellent arena to practice and learn inquiry, argumentation and content knowledge.

I'd really like to follow up on this, and hopefully there can soon be a project, small or large, on exploring the possibilities in culinary precisions in science education.

Argumentation
I haven't made a comprehensive literature analysis, but the following should be good starting points:

Inquiry in science education
I haven't carried out a literature analysis on this, has to be done. There should be a wealth of literature on this.
Email ThisBlogThis!Share to TwitterShare to FacebookShare to Pinterest
Labels argumentation, culinary precisions, curriculum, database, education, food history, kitchen stories, molecular gastronomy, projects, Toulmin