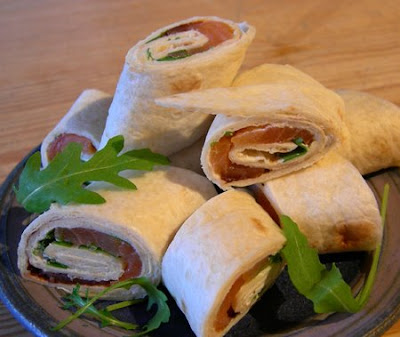 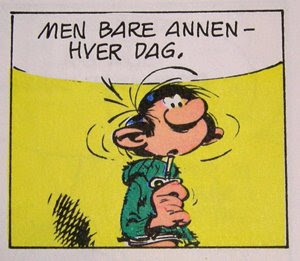 Yes, I know. I'm six years late to be among the cool guys, but who cares? To me it's all about having fun and learning, and then being late is no issue.

As far as I know, spherification and it's related methods were introduced by El Bulli chef Ferran Adrià et al. some time after the turn of century. I has got a lot of attention, and a You Tube search on the term gives quite a few hits on demonstrations of DIY spherification.

The phenomenon is based on using hydrocolloids, that is compounds that can generate gels, mostly with water but other media are also know (oils and alcohol mixtures, that is). A good place to start is Martin Lersch's hydrocolloid recipe collection "Texture". A number of different gelling agents are being used, the most common household substances being gelatin and fruit pectin, the latter often used when making jams and jellies.

In this case I got my hands on some sodium alginate that I wanted to play with. When a mixture containing sodium alginate comes in contact with a calcium solution, the alginate starts to cross-link and a gel is formed. In this case, dripping a alginate-containing solution into calcium chloride generates small beads that are gelatinous on the surface and liquid in the centre. Alginate is somewhat sensitive to the pH, and sodium citrate might be used as a buffer to stabilise the pH at ca. 4-5 (all this information is found in the Textures recipe collection).

Sodium alginate is a polymeric carbohydrate-like compound which is soluble in water. When it reacts with calcium ions, cross-links are formed giving large three dimensional webs that become viscous/gel-like and holds water.

Procedure (see You Tube for informative demonstrations)
For template, the recipe for Melon cantaloupe caviar taken from El Bulli's texturas recipes: The strawberries were blended and mixed with the sugar. pH measured to be ca. 3 (somewhat uncertain since the berries gave some colour to the strips). Sodium citrate was added gradually, stopping at a total of 2 g to get a pH of ca. 4-5.1 Sodium alginate was added and blended (the alginate partially turned into lumps; should have added the alginate to a small portion, mixed this, and then added the rest. Lots of blending did the trick). The mixture was strained through a sieve. For easier dripping (see below), the mixture was diluted 1:1 with water (the initial strawberry mixture was rather viscous, resulting in oblong or drop-shaped "caviars"). This would of course affect gelation, hence the amounts here are deduced on a try-and-fail basis.

Calcium chloride was dissolved in the water. The strawberry mixture was dripped into the calcium chloride solution, the drops forming small strawberry beads, and left for 1/2 to 1 minute.3 The beads were strained, rinsed in water and added to the sparkling wine or cider.

(Tri)sodium citrate functions as a buffer due to its three carboxylic acid functional groups.


Verdict
The strawberry beads/spheres/caviars tasted good, no detectable flavour from the matrix. Simply strawberry. While mixing, the strawberries turned somewhat greyish. Not surprising, since the colour is an anthocyanin pigment (anthocyanin colours are pH dependent, often bright red in acidic environment and more on the green/blue side in basic conditions).

The reason for using Chardonnay was simply that I found Chardonnay to match well with strawberries at the food pairing database, and that this might be a fun aperitif (although I would maybe not spend money on an expensive wine and then put strawberry in it).

What might be taught
The procedure is somewhat complicated, and I'm glad I didn't bring the kids the first time. When the table was set, and the solutions were ready, the kids loved dripping the solution making beads. Now I've got some experience, and next time I'll bring them along from the beginning.

Notes/comments
1 It was difficult to assess the pH correctly, and the amounts of sodium citrate suggested in the textures recipe collection did not (seemingly) have the desired effect. Hence, citrate was added until the desired pH, adding up to 2 g.

2 The CaCl2 must be dry/dehydrated. In my case, it had absorbed moisture from the air and gone all wet (quite hygroscopic). It was in left in shallow bowls in the oven at 150-200 °C stirring occasionally. A couple of hours later, a white crystalline/powdery salt was left.

3 Using 2.5 g CaCl2 per 500 ml water and leaving the beads 30 seconds in the bath resulted in rather soft beads. Leaving them for one minute gave beads that were solid almost throughout. I wanted firmer beads with a soft interior. Increasing the concentration to 4 g CaCl2 per 500 ml water did the trick: firm shell, and liquid interior when the beads were left in the bath for somewhat less than a minute.

The term Molecular gastronomy has been debated quite heavily the few last years, and several prominent chefs and writers have denounced the term. What's in a name?

An interesting post on the development and applications of molecular gastronomy (MG), both as a term, but also as a phenomenon at Martin's khymos. Most of the relevant links are found in that post as well. Also, many of the comments are relevant and interesting, making the post more complete.

Has MG reached a point of matureness in the sense that it might have some real impact on peoples cooking in general? As mentioned in Martin's post, it has already to a certain extent, such as sous-vide cooking. However, some of the more spectacular applications (foams, alginate spheres etc.) combined with misuse of the term in media has resulted in the term being discredited. In my opinion, the name is not the main thing (although its ok to avoid misunderstandings and establish a common ground languagewise as well). I'll continue using the term until a better alternative gets the main foothold. 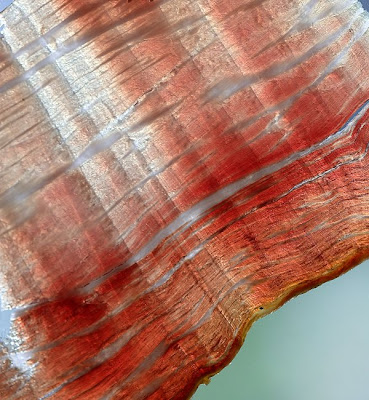 However, I'd be somewhat surprised if we don't see more of the results from MG/research reaching a general public soon. Hopefully, some of the "less spectacular" but more "relevant" or "useful" knowledge might hit the domestic kitchens in not too long. The real test for me is: is this knowledge so relevant to the everyday citizen that I should teach this to my preservice teacher students attending our Food & health courses? A few examples from the top of my head:
Among the more recent and interesting examples is the 2007 Mottram et al. (incl. Heston Blumenthal) article on tomato pulp being more rich on umami taste than the flesh (short RSC chemistryworld article free of charge). When dealing with tomatoes, many cookbooks and recipes tell you to remove the pulp and use the flesh of the tomato only. However, Mottram's results indicate that the pulp and seeds carry lots of wonderful umami taste, and hence it'd be a shame to throw that away. Heston Blumenthal demonstrates this in one of his BBC In search of perfection episodes, more specifically making tomato sauce in "The perfect hamburger" episode. Also, tomato sauce figures among the freely available Blumenthal BBC videos.

Many cookbook recipes might be rewritten just slightly to incorporate this knowledge, giving more flavourful dishes. Furthermore, this knowledge is something that the domestic cook might adopt rather easily. I'd be really happy to see something like this making it into the domestic kitchens around. In that case, MG (or whatever one prefers to call it) does indeed have had an impact.