A Nobel trilogy of flavours

This year's Nobel prize was awarded "for studies of G-protein-coupled receptors". This concludes a marvellous trilogy of Nobel prizes which in sum give us a rather complete picture of how it comes that we are able to sense flavours, that is how we can taste and smell.

Let's for now disregard other senses such as hearing, texture and so forth and consider the flavour of something we eat as being mainly a combination of tasting (tongue) and smelling (nose). This is of course simplistic, but still taste and scent are two of the most important senses involved in our perception of food. If we concentrate on these two senses, which are both so-called chemical senses, we can actually invoke three Nobel prizes to illustrate important parts of this sensing process. They are all very elegantly described in both popular and scientific terms, depending on your background or taste, at the web site of the Nobel prize: 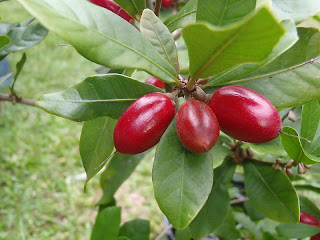 A new open access journal for issues related to Molecular gastronomy has recently arrived: Flavour. According to the editors, the journal "seeks to create a shared forum for the publication of evidence-based research in an open access context that will make it accessible not only to researchers but also the wider community of chefs, policy makers and the public". This is no small ambition.