Dancing the structure of a molecule + scent vs music revisited

Some time ago I caught a glimpse of a headline about some researchers "dancing their natural science projects", more specifically a biochemist dancing the structure of certain biochemical compounds. I thought the idea was rather far-fetched and didn't give it further thought. After seeing it just recently I find myself being so very wrong... Second part of the post contains a few recent thoughts about a project on scent vs. music.

Have a look at the video below. In the start of the video I didn't see the point, but after a while things started to dawn on me.

After watching the video I realised that this did indeed illustrate behaviour of the molecules in question in a very vivid way. I'm of the opinion that one should look for as many possible ways of describing and explaining a phenomenon as possible. If a student tells you they don't understand what you're saying there is seldom any help in repeating the same words one more time. You need to find new words, some other metaphor, another mental representation.

Science and visualisation are inextricably interconnected; the language of science is fully dependent on various ways of depicting what cannot be said in plain words. Furthermore, different people have different inclinations; what makes me understand something might not work for the next guy. So, when someone comes up with a new way of conveying science, they should be warmly welcomed and encouraged. Many of us would say that science has it's own beauty, but Kerstin Wagner's illustration of lipids in biological membranes adds beauty to this (not to mention the wonderfully minimalistic music by Trentemøller). Perhaps this approach might help even more people to realise and appreciate the beauty of science?

I highly recommend a look at the vimeo "Lipids Dance!" page since it includes an explanation of what the dance is all about. The dance was among the contributions in the 2010 "Dance your Ph.D." contest.

Developments in flavour and scent vs. music
I've blogged twice previously on thoughts about how scent and music might play together. "Aroma jockey" a.k.a. ODO7 uses scents as a disc jockey would use vinyl. My idea, though, was what musical associations would musicians playing live improvised music acquire when they were subjected to various scents? (BTW, in e-mail correspondence ODO7 confirms that he's collaborated with musicians, although not to my knowledge the way I describe here).

If you were a musician and was to improvise freely, would you be inclined to play differently if you were surrounded by the scent of cardamom rather than violets? What music might come from being inspired by a whiff of toasted bread, or the sulphurous odour you get when you light a matchstick, or even less pleasant ones like ammonia or smelly socks? There is no doubt that scents carry very strong associative powers (think of the scent of your grandmother's house, or some other thing you experienced as young). Why, then, should we deprive ourselves of this source of impulse when we so commonly use visual inspiration (visual arts, concert lighting) and auditive cues (other music, literature/poetry) in creating and experiencing music? After all, there is ample literature that draws on scent and food as inspiration, so why not music? (note that flavour is in fact to a large scent, so if you think of taste/flavour as an impulse, it is to a large degree your nose that does the job). 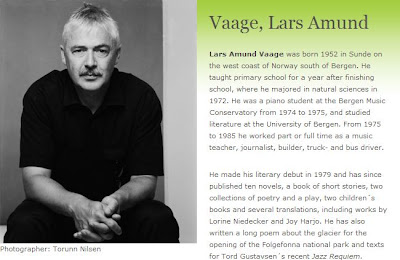 There is a growing body of evidence to attest that our perception of flavour and scent are affected by visual and auditive stimuli
I cannot see why the reverse might not also be the case; that scent or flavour might also affect how we perceive music. And, accordingly, what soundscapes would a musician create when she or he improvises using a "smellscape" as an impulse?

My search for olfactory inspiration to music goes on, and hopefully some time in a not too far future it might be possible to hear the sound of cinnamon...

References
My two main sources of inspiration in this lately have been an enlightening paper by Oxford professor Charles Spence and the highly readable book "What the nose knows" by Avery Gilbert. The Spence-paper is open access and should be highly readable for the interested layperson. It can also be downloaded as an mp3 file if you prefer listening rather than reading. I'd recommend both the paper and the book to anyone anytime (and send a thankful thought to Malin at Matmolekyler for bringing my attention to the paper in the first place).